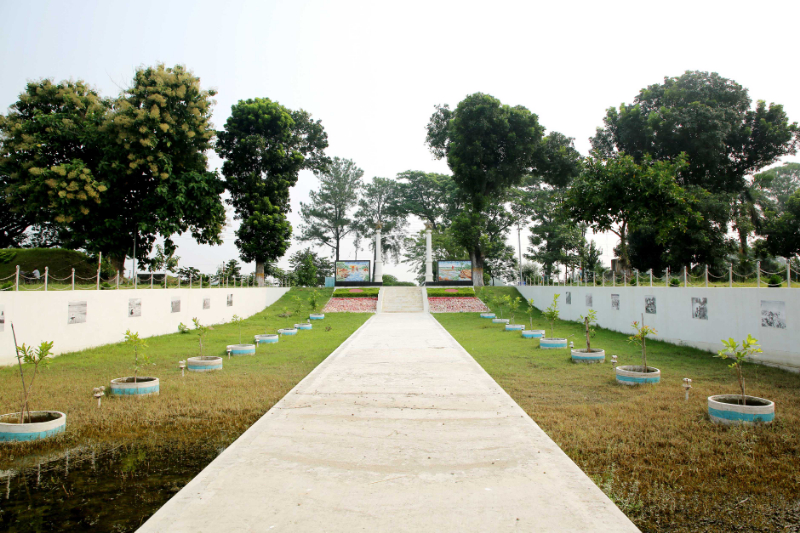 On the entry of around 2000 Pakistani forces into the academy on the 13th April, 1971, the then Principal Mr. M.A. Khalique P.S.P. and all the police personnel of all ranks and the civil staffs of the academy fought them heroically on the call of the Father of the Nation and 24 out of those freedom fighters sacrificed their lives.

The Principal and some other police personnel, at certain point, retreated by crossing Padma River. And, again all of them reorganized themselves and fought for the cause. During the war those Pakistani troops camped inside the academy, Commander living in the principal’s Bungalow. During their stay here, they killed around 4000 people of this locality and set fire as well as looted many houses. But, on the 15th December, ‘71 the defeated Pakistani troops slipped away from the academy.

Many police personnel and civil staff of this academy sacrificed their lives in the Liberation War. Their names are ever written in golden letters. The Names with Designation of Martyred Freedom Fighters are given below -